During 2011, major repairs to the masonry of the church tower were undertaken. The stone facings and decorative mouldings had become badly weathered. Additionally many of the wrought iron cramps used in the original construction were beginning to corrode, causing sections of the masonry to spall. Debris was falling to the ground and on to the roof of the nave.

Following a detailed survey, a specification for the restoration was drawn up by Nick Joyce of Nick Joyce Architects LLP, and a contract for the work was awarded to David Sleight Conservation.

Work started in March 2011 and consisted of:

The clock face was repainted and the hands and numerals gilded in the autumn of 2014.

The tower was encased in over 60 tonnes of scaffolding, all of which had to be barrowed in by hand from the main road because large trucks could not get through the lychgate at the entrance to the churchyard.

Wherever possible, the old and fractured tracery and decorative mouldings were carefully pieced together using stainless steel pins and resin glues. Where new stone was needed, this was sourced from Hollington Quarries, as it was the closest match available to the Grinshill stone used in the original building of the tower.

Repairs to smaller areas of damage were made using lime mortars. Copper armatures (pins) were fixed into the base stonework to act as a key for the mortar, which was applied in several thin layers. The top layers were pigmented to match the surrounding stone as closely as possible.

The soft stone used to construct the tower can be carved into crisp and intricate designs, but it does not weather well. The decorative tracery in the openings of the bell chamber had suffered from the effects of wind, rain and frost.

Some of it had to be replaced entirely, but in other cases the orignal masonry was still in a reasonable condition, and new material was married up to it to make a neat repair.

The blocks forming masonry facings of the tower were originally pinned together using wrought iron dowels ("cramps") embedded in lead. In many places the iron cramps had rusted and expanded, blowing the face off the stone.

Damaged blocks and rusting cramps were cut out, and new stone indents carved to fit.

The church was originally decorated with a multitude of ornate pinnacles set along the parapet of the nave. There were also four such pinnacles around the base of the spire. These were removed for safety reasons in 1924, leaving the old bases as stumps.

It was decided that the pinnacles should be replaced as a part of the refurbishment. Using the information from a 1912 print of the church, a new set of four was carved, copying the decorative detail from other parts of the church.

The pinnacles were mounted on the old bases, displaying the tower as originally designed by its architect Thomas Rickman. It has not been seen like this in living memory.

The pinnacles were carved in sections, and a stainless steel rod passes through the centre to secure them safely in position.

The stonemasons who built the tower in the 1820's incorporated a number of carved heads into the decorative mouldings. These were not designed to be readily seen from the ground, but they are possibly intended to depict local church leaders, officials and parishioners of the day. There is even one unhappy looking figure who seems to have been a victim of an industrial accident during the construction.

The latter-day stonemasons have continued this carving tradition. Our verger, who is amongst the longest standing members of the church, will keep a watchful eye over the building and churchyard from his vantage point on a high pinnacle for decades to come.

The stonemasons found two George III silver "five shilling dollars" dated 1804 embedded in the masonry near the top of the tower at the north-east and south-west corners.

Five shilling dollar coins were originally Spanish coins imported (or looted) into this country. They were re-issued in 1804 by the Bank of England in response to a shortage of high value coins. The original design was erased and they were over stamped with a portrait of King George III on the obverse (in full Roman Emperor regalia) and with the inscription: GEORGIUS III DEI GRATIA REX. On the reverse was an image of a seated Britannia with shield, spear and olive branch with the inscription: BANK OF ENGLAND 1804 FIVE SHILLING DOLLAR.

Interestingly, it turned out that the coins, although contemporary with the building of the tower, were counterfeit. Why they were placed there, by whom, and whether that person knew they were counterfeit, are all mysteries!

A friendly, dedicated and enthusiastic team worked through the summer and autumn of 2011. The cost of the work was around £250,000 Much of this was raised locally by parishioners and friends in and around Ombersley.

In addtion, a number of charities and public bodies supported the work, and we are particularly grateful for generous grants from:

And last, but by no means least, the high scaffolding afforded a temporary but spectacular view of the village of Ombersley! 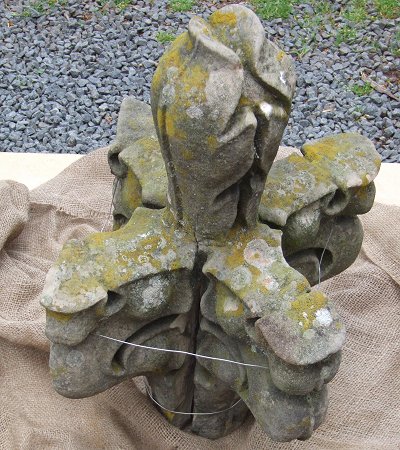 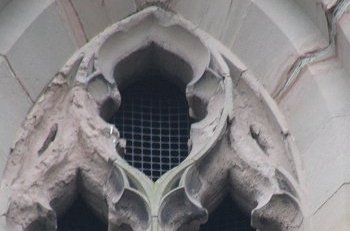 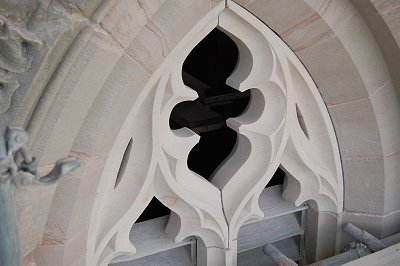 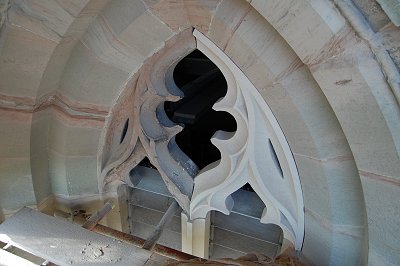 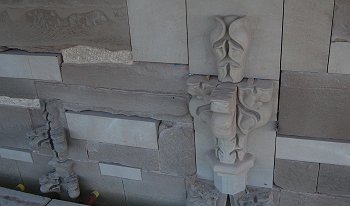 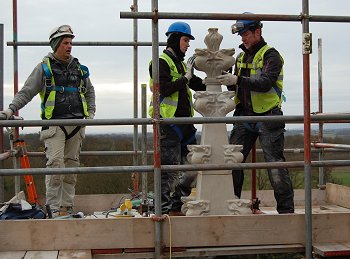 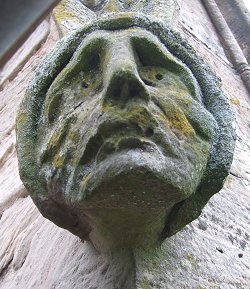 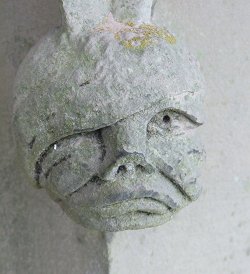 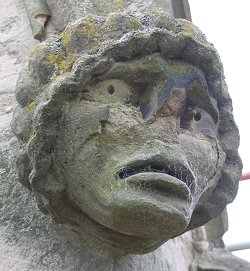 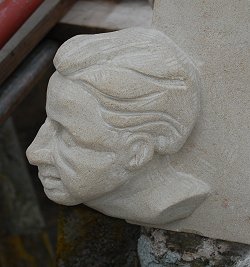 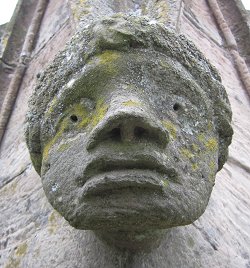 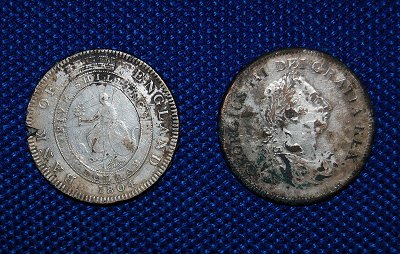 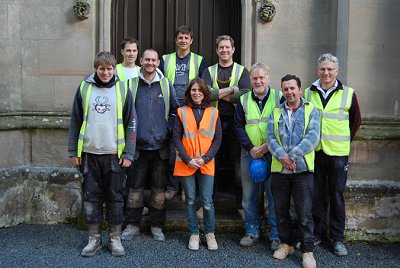 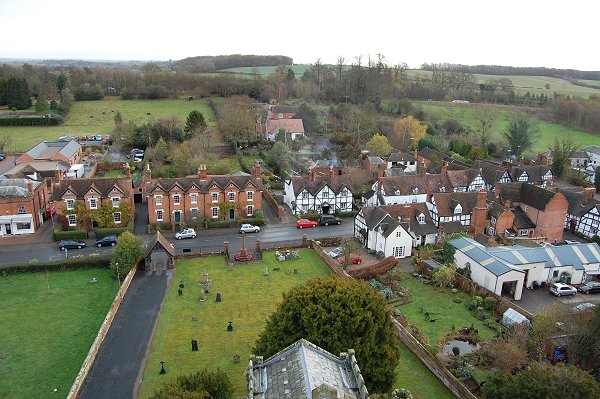